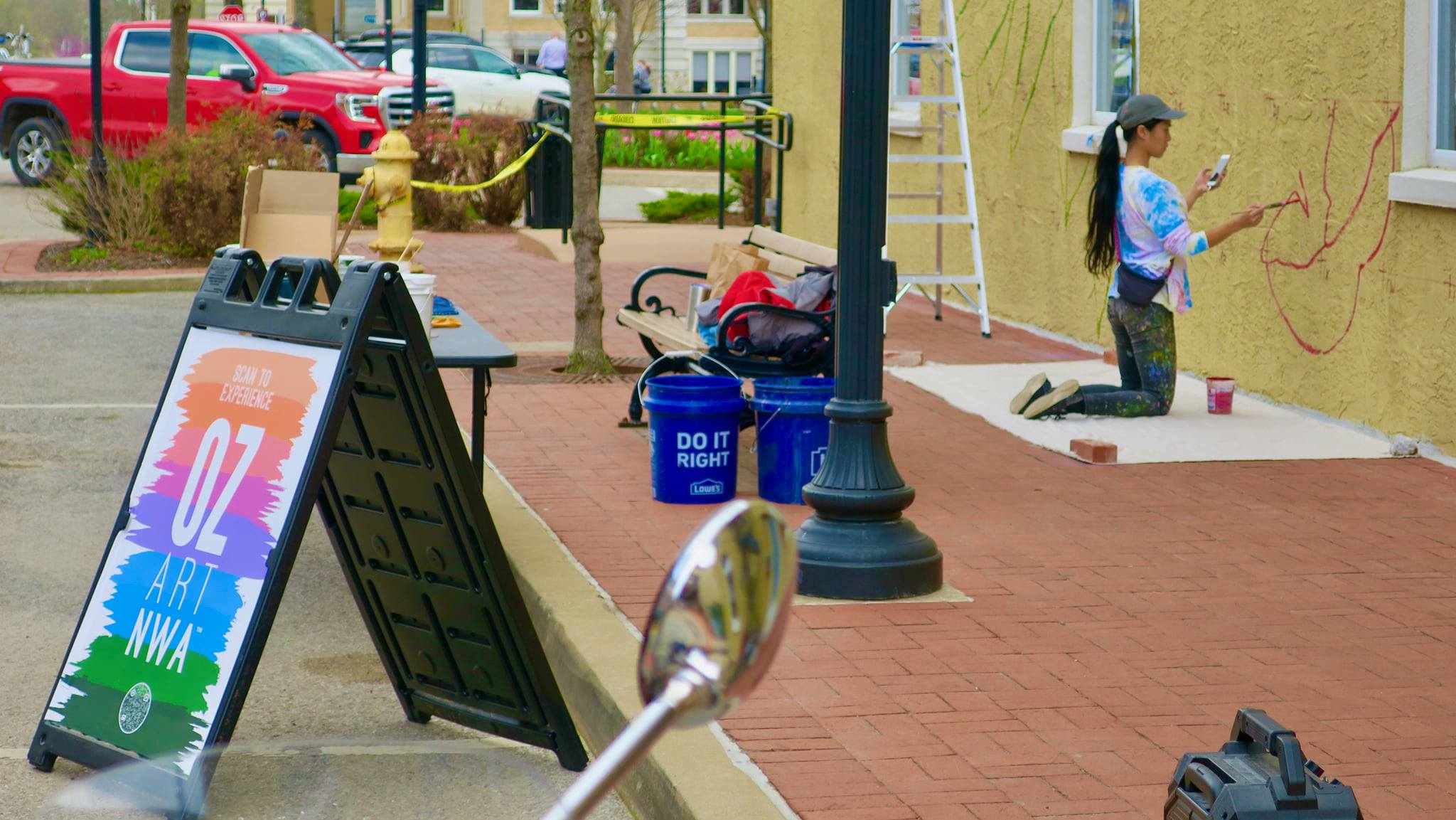 A new mural is coming to Downtown Bentonville!

Detroit-based artist Ouizi will be working on the new public art installation on the corner of Main and 2nd Streets.

According to a release from OZ Art NWA, which partnered with Justkids on the project, the mural will take two weeks to complete.

“I am delighted and humbled to return to Bentonville to paint a new mural in the town square,” said Ouizi. “When I was last here painting inside Crystal Bridges, it was Summer, so I look forward to seeing the city in the Spring!”

Louise Jones, aka Ouizi, is best known for her large-scale floral mural installations, which can be seen in museums and public parks throughout the United States.

The murals often depict site-specific plants and animals, and the techniques are uniquely informed by her education in drawing and printmaking.

She currently lives and works in Detroit.