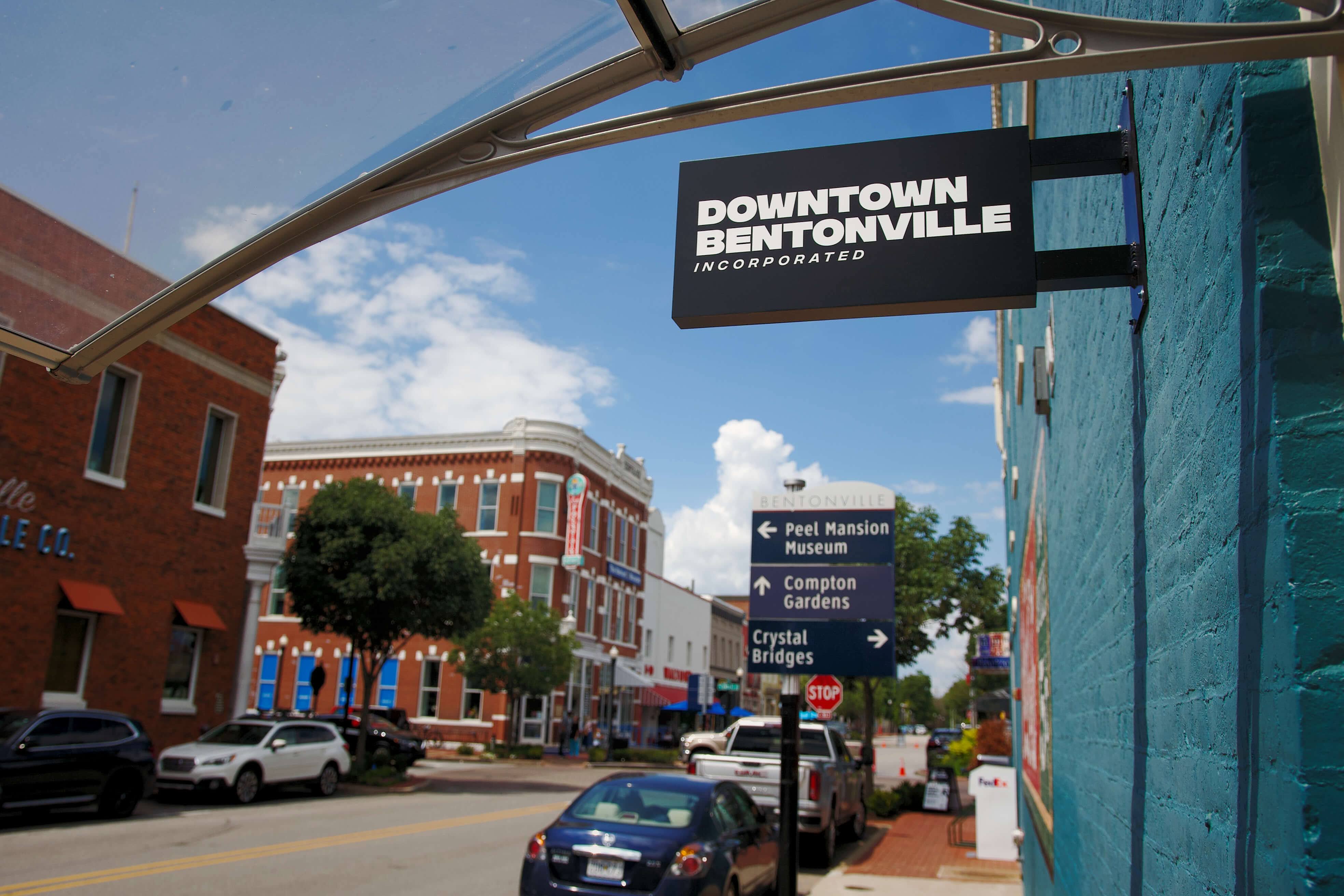 Downtown Bentonville Incorporated (DBI) is marking a milestone and inviting the community to join in the celebration. To recognize its 20th anniversary, the nonprofit organization will host a birthday celebration during the October First Friday at the Bentonville Square on Friday, October 7, 2022, to share with the community the joys and challenges of the last 20 years, all while looking forward to the future of Bentonville’s vibrant downtown. In addition, Downtown Bentonville Incorporated will host three ticketed events in the next nine months to celebrate those who have played a role in supporting the nonprofit over the years.

DBI is also launching a DBI 20 fundraising campaign, inviting the community to consider donating twenty dollars to support its continued work activating shared spaces with free events, educating the community on current and future downtown investments and amplifying the voices of all residents through storytelling. Donations can be made through March 30, 2023, at downtownbentonville.org/anniversary, or community members can text DBI20 to 44-321 to donate.

Downtown Bentonville Incorporated (DBI) was registered as a 501c3 in 2002 to spearhead efforts to bring Bentonville’s downtown to life – and make the city a place people wanted to visit, explore, and share with others.

“The last 20 years have given us plenty of reasons to celebrate,” said Andrew Heath, Downtown Bentonville Incorporated Executive Director. “Our downtown has progressed and added value to our city in so many ways since our inception – from introducing exciting culinary offerings to adding new art and music events to consistently producing family-friendly parties for our entire community. Throughout its existence, DBI has played a role in defining moments of our downtown’s growth and progress, and we are proud of where we are and where we hope to be in the next twenty years. We believe Downtown Bentonville is the heart of our city, and we hope our welcoming energy is contagious to all who live, work, play or visit our downtown. Of course, some challenges come with rapid growth, but our future is bright.”

“Downtown Bentonville has always been the heart of our city, but over the last 20 years, it has evolved into a more vibrant intersection of culture, business, cuisine, and more. I’m amazed to see the progress made over the last twenty years; the growth and vibrancy of our city’s downtown have ushered in a new Bentonville experience for both a new generation and long-time residents to enjoy together,” said David Short, former President and CEO of Arvest Bank in Benton County. Short was part of an initial group of community leaders that established Downtown Bentonville Incorporated in 2002.

“Downtown Bentonville Inc. has been an integral part of downtown’s DNA from the organization’s inception. From working with the city to establish the original downtown master plan, supporting the development of progressive public policy, ordinances, municipal codes, and urban planning; leading downtown business recruitment and retention, offering developer and investor support, cultivating an expanded culinary and arts scene, activating the Square through unique events like the Farmers Market and First Fridays, and crafting compelling storytelling, the organization has been part of it all. Over the lifetime of this organization, the staff, Board, DBI members, sponsors, numerous volunteers, and downtown stakeholders have been focused on one thing – a stronger downtown in service to an exceptional Bentonville and Northwest Arkansas,” said Daniel Hintz, former Downtown Bentonville Inc. Executive Director, 2007-2014.

Downtown Bentonville Incorporated produces free, open-to-the-public events throughout the year that are vigorously attended by the Northwest Arkansas community.

To learn more about the campaign and join DBI in ensuring our downtown remains a vibrant part of our community for years to come, please visit https://www.downtownbentonville.org/anniversary