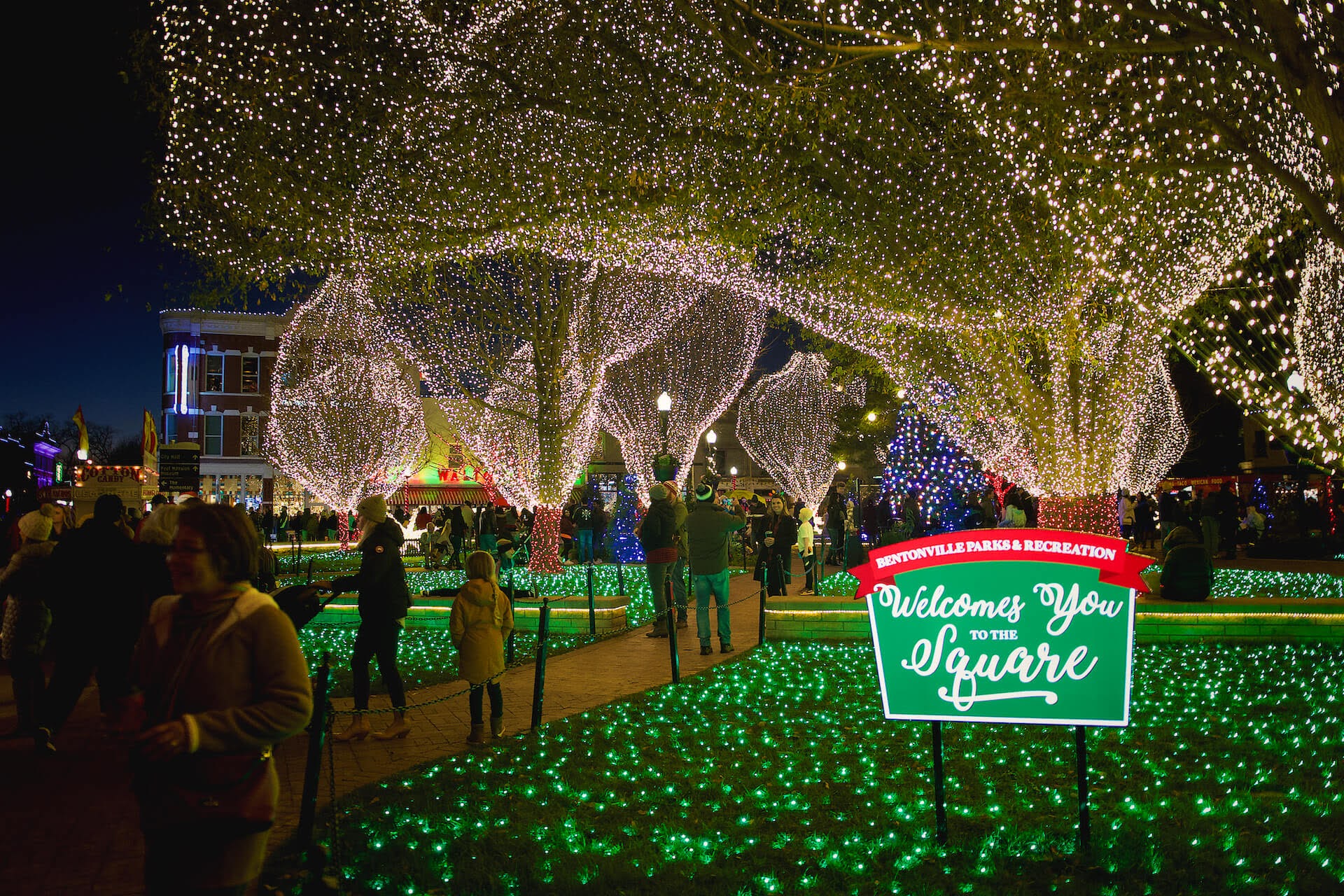 CITY OF BENTONVILLE LIGHTING OF THE SQUARE SLATED FOR SATURDAY

Bentonville, AR - It’s the most wonderful time of year as Downtown Bentonville prepares to kick off the holiday season with the annual City of Bentonville Lighting of the Square on Saturday, November 19th.

Bentonville Mayor Stephanie Orman will flip the switch to illuminate the Bentonville Square at 6:00 PM (no earlier, no later).

The free event welcomes all community members and is produced by the non-profit Downtown Bentonville Incorporated. City of Bentonville Lighting of the Square is presented by First National Bank of NWA.

Grab a coat and come early as the holiday festivities begin at 4 PM.

The event is a culmination of hours upon hours of work from the team at Bentonville Parks & Recreation department.  The city has about 24 workers logging over 3 thousand hours to get ready for Christmas.

ABOUT DOWNTOWN BENTONVILLE INC. A private, not-for-profit organization, Downtown Bentonville Inc. is uniquely positioned as a driving force to build and promote a welcoming and lively downtown for ​all​ community members. Downtown Bentonville Inc. works to activate downtown spaces through expertly-executed events, advocate for current and future downtown investments, and amplify the voices of all residents through its digital storytelling platform DWTN Media.