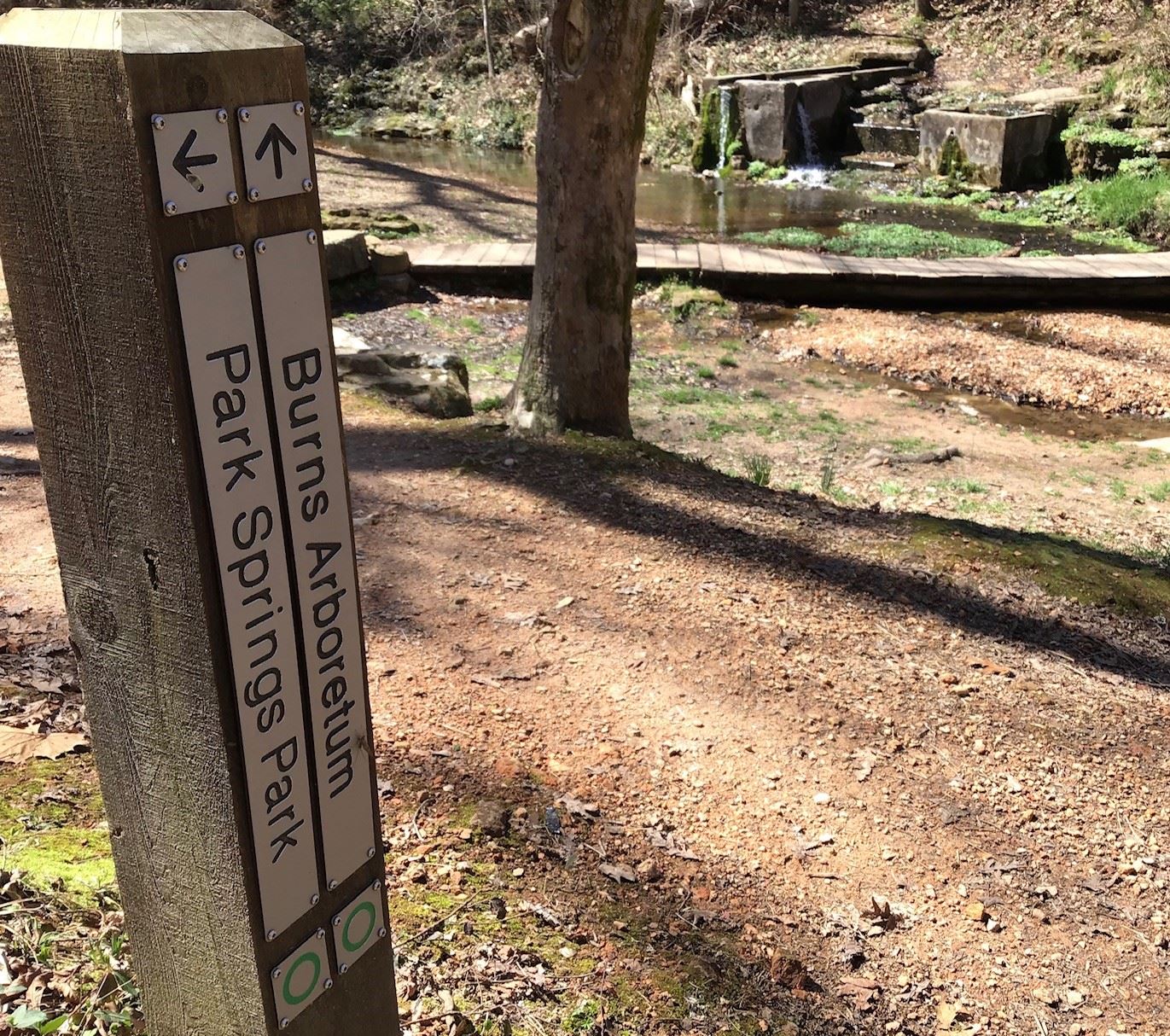 On Saturday, April 3rd, the Bentonville Parks Conservancy will hold an educational tour and work day at the Burns Arboretum from 9 to 11 am.

This will include an approximate 1-hour tour of the Burns Arboretum Trail and hands-on education regarding best practices for eradicating some of the invasive plant species that are threatening many of the trees there. If you have not visited the park, this is a great opportunity to discover this hidden gem and support our efforts to create a high-quality, designation arboretum experience.

The Burns Arboretum was originally established in the mid-90s within the historical Park Springs Park – a heavily wooded recreational area located mere blocks from the downtown City Square. Over 50 trees were mapped and identified, but despite sporadic efforts at maintenance over the years, the signage has fallen into disrepair. While some trees have succumbed to age or environmental forces, many, including a 250+ year-old white oak maintain a towering presence and additional species have been identified. The Bentonville Parks Conservancy has recently adopted the arboretum and is in the process of certifying it with ArbNet, an interactive, collaborative, international community of arboreta. Plans include the re-mapping of the trees, refreshing the signage, and providing educational material.

The Bentonville Parks Conservancy is a 501c non-profit group of volunteers that was created to foster a partnership with the City of Bentonville and its citizens to preserve and enhance our parks, green space, and the quality of life in our community.