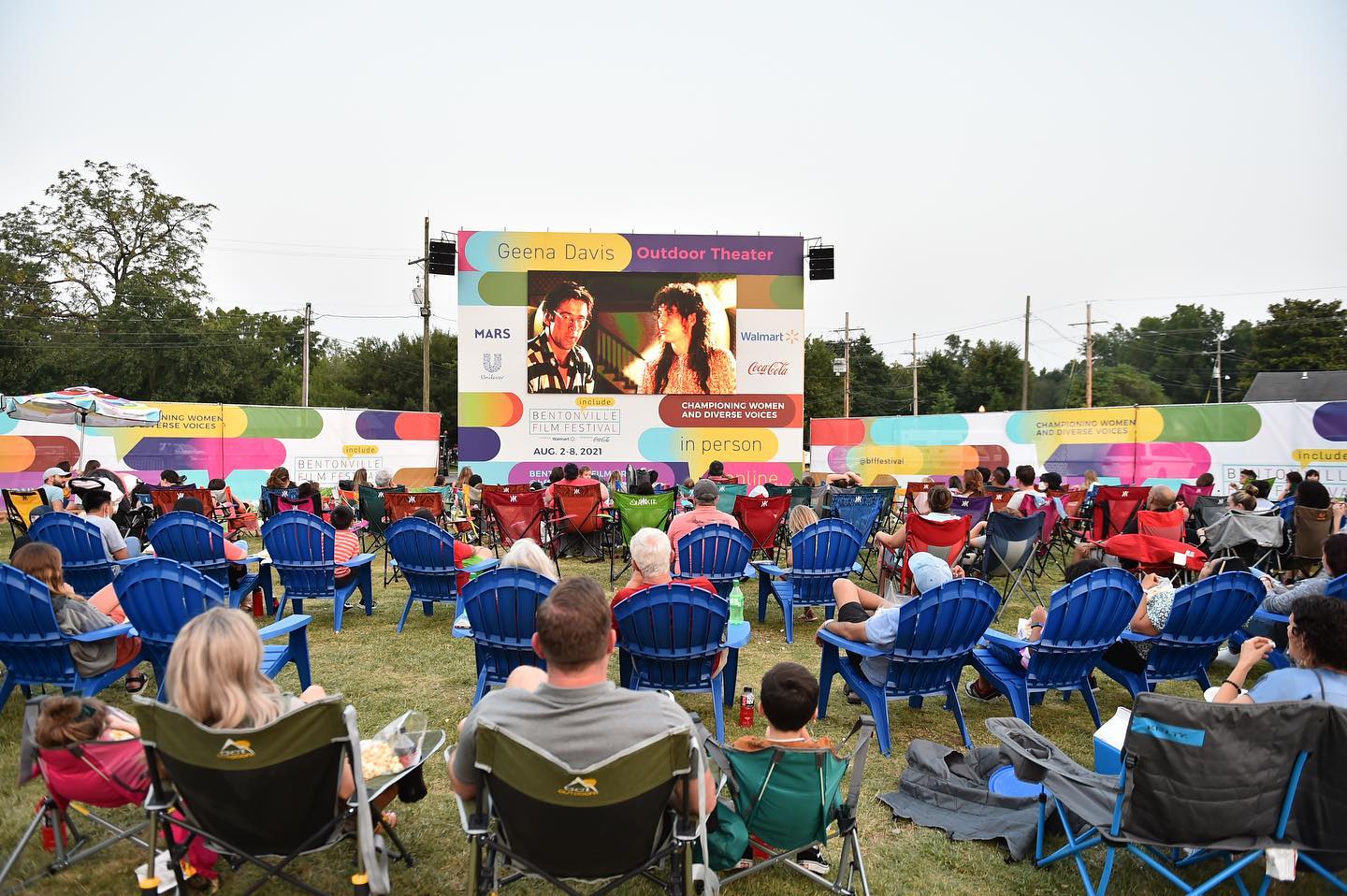 Bentonville Film Foundation has announced the organization’s 2022 film festival will take place both virtually and in-person. The live event is being held in Arkansas from June 22 through June 26, while the digital portion will extend through July 3.

The Bentonville Film Festival, led by actor Geena Davis, has been running for seven years and aims to amplify female, non-binary, LGBTQIA+, BIPOC, API and people with disabilities in entertainment. The festival is now accepting film submissions for consideration for the 2022 program.

“We’re excited for the opportunity to look ahead at what’s in store for the Bentonville Film Festival. Returning for the eighth year with a hybrid program, the festival continues to grow and develop its footprint in the community,” said Davis, who chairs the Bentonville Film Festival. “We’re proud to continue providing a platform that celebrates diverse voices and champions inclusion from the inside out.”

In 2021, the week-long festival ran as a hybrid event and welcomed an 80% growth in global viewership, with 150,000 online attendees, as well as more than 10,000 people in person. The Bentonville Film Foundation, the organization that puts on the annual festival, reported record diversity among its slate, with 71% of the featured films directed by women, 75% by people who are BIPOC or API, and 33% by people of the LGBTQIA+ community.

“This year’s festival was incredibly successful for us. We expanded our audience, growing our global viewership by 80%, and furthered our mission to amplify underrepresented voices in film internationally. This increased engagement is a positive indicator of the changing landscape for filmmakers, and demonstrates just how imperative it is to support these artists,” said Wendy Guerrero, president of Bentonville Film Festival and Foundation. “We’re thrilled to return next June and continue working to impact the local creative community in Arkansas, all the way through to the Hollywood filmmaking pipeline.”

Earlier this year, the Bentonville Film Foundation announced a new mentorship program for diverse filmmakers. It consists of a $20,000 grant, plus the opportunity to work with the M&M’s team (a sponsor for the film festival) on a project for the brand focused on championing inclusion, while addressing the barriers facing women and underrepresented storytellers.