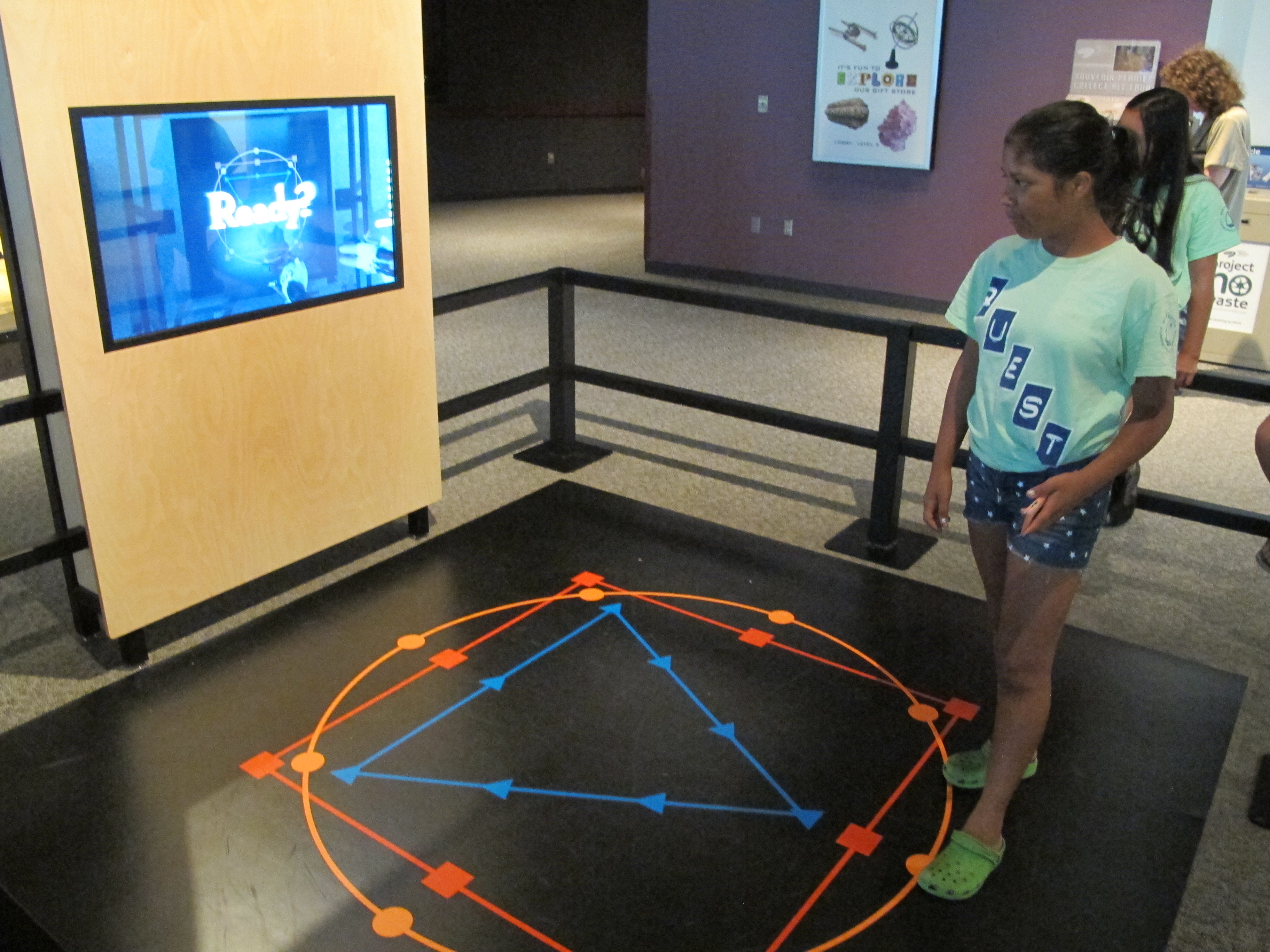 A new exhibit at the Scott Family Amazeum invites guests to break out their best math moves while discovering ratios and proportions. Math Moves! Experiencing Ratio and Proportion presents over 20 unique interactive experiences that playfully investigate ratios and proportions. Math Moves! opens in the museum’s traveling gallery to non-members Saturday, January 29, at noon. The Amazeum invites members to preview the exhibit from 9 am to noon.

In Math Moves! visitors use their bodies and gestures to actively set up, measure, describe and compare ratios and proportions. Acting out math concepts is a powerful tool for exploring, questioning, and understanding math. Active learning builds connections that support solving math challenges. This exhibit encourages a collaborative approach to problem-solving with open-ended activities that are fun for the whole family.

The components of this exhibit will be on display at the Amazeum indefinitely. Math Moves! is presented in English and Spanish. Math Moves! experiences will be changed out during the run of the exhibit. Access to Math Moves! is included in daily admission; Amazeum members are always admitted free.

Some Math Moves! exhibits include:

Partner Motion: Visitors can grab a partner and see how their rates of motion look as graphs on a screen. As they walk back and forth, they’ll create graphs of their motions, and as they modify their speed, they’ll see how the graph data changes. The graphs display their movement over time, giving them direct proportional slopes, another way to think about how their rates compare.

Sensing Ratios: In this section of Math Moves, visitors will use knobs to experiment with tone generators. The positions of the knobs are graphed on the screen, with the left knob on the y-axis and the right knob on the x-axis. They can use the exhibit with their eyes closed – for instance, they can make a stair-step pattern by adjusting the tones first to come into unison and then moving one of the knobs up until the tones are an octave apart.

Comparing Frequencies: Visitors will create rhythmic percussive sounds using one or more small wheels driven by a larger wheel. The small wheels have clickers that sound with each turn. The frequency of the clicks depends on the diameter of the small wheel, as well as where it contacts the large turning wheel. Visitors will experiment with several wheels to compare frequencies of the clicks, both seeing and hearing the rhythm of proportions and frequency of clicking.

Shadow Fractions: In this section, visitors will make shadow stories with scaled objects. A bright light will cast shadows of the objects on a grid. Visitors will move the objects, which are identical except for their sizes - 2”, 4”, and 8” high.  As they increase or reduce the size of the objects’ shadows, they’ll directly experience physical science.