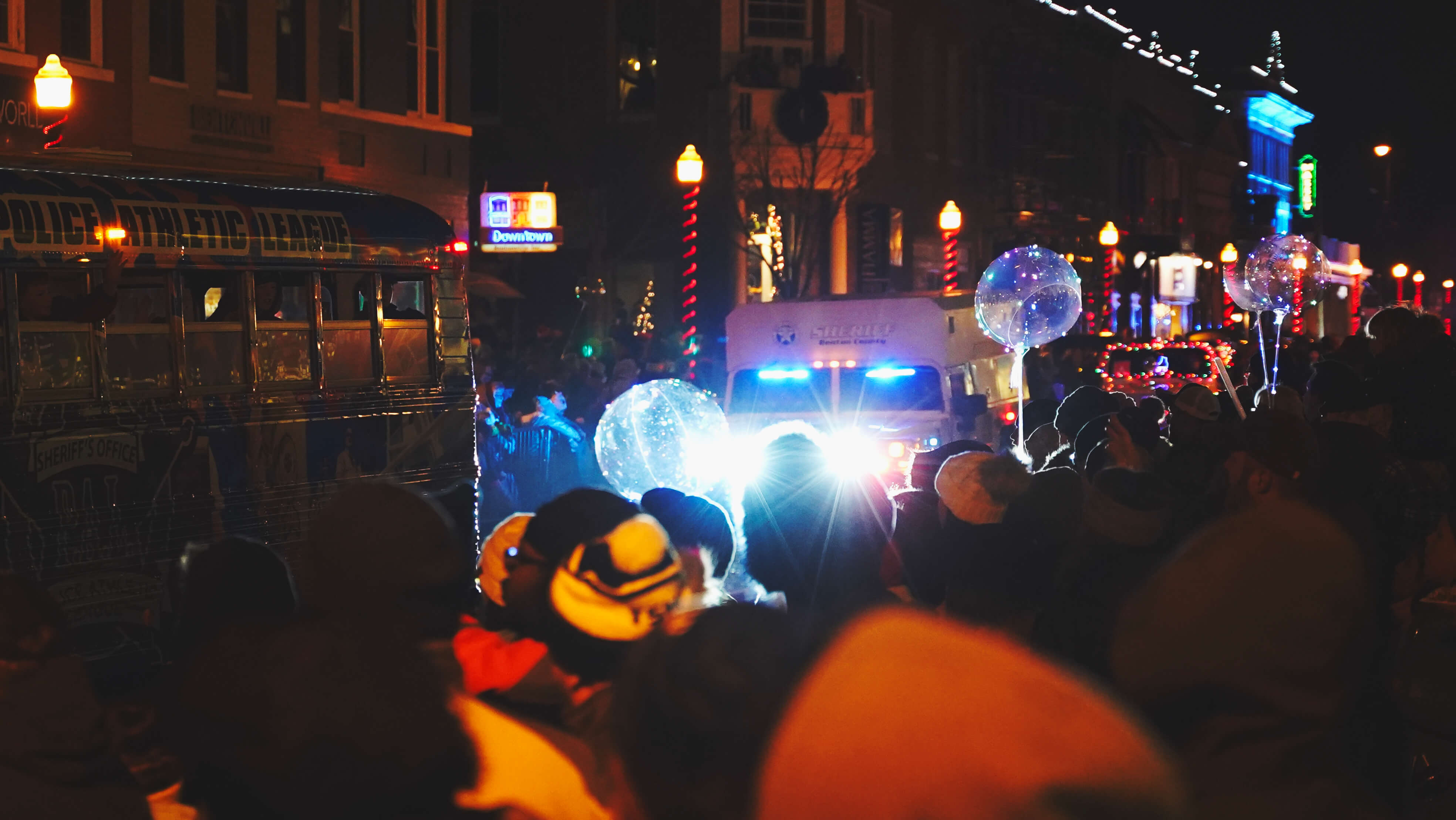 7 Things You Can Expect at the Bentonville Christmas Parade

It’s a Bentonville tradition, and after a hiatus last year due to COVID, the Bentonville Christmas Parade will make its triumphant return!

Here’s a list of what you can expect from the 2021 Bentonville Christmas Parade  — in pictures, of course.

‣ It will be held on Saturday, December 11th.

‣ The parade begins at 6:00pm at the corner of 8th Street and Main Street.

‣ It will head down Main Street and around the Bentonville Square.

‣ Our parade emcees, Heather Shelton and Dana Schlagenhaft, will announce float arrivals from our main stage at the intersection of Main Street and Central Avenue.

‣ There are over 100 parade entries!

‣ Rolling road closures will precede the parade, and barricades will be removed behind the parade.  Please remain on sidewalks and designated areas throughout the entire parade and after the parade.

Please take a moment to recognize our generous sponsors!

Community Coffee will be set up on Main Street in the front of The Walmart Museum. Make sure to stop by their tent for free coffee throughout the parade!

Our friends at Hershey's will be handing out chocolate and other sweet surprises throughout the parade!

Food trucks will have something for any holiday hankering -- from hot cocoa to hot dogs.

Here are the food trucks that you’ll find around the Bentonville Square:

‍4.  We'll be filming the Bentonville Christmas Parade for TV!

Thanks to generous support from Hershey’s, for the first time in its history, the Bentonville Christmas Parade will be produced into a thirty-minute television show. Downtown Bentonville Inc. will produce the show as part of its storytelling project, DWTN Media.

The Bentonville Christmas Parade Show will air on KNWA (NBC affiliate) on December 25th at 8:30 am and will feature highlights from the parade and community interviews.

Santa will not be available for photos after the parade, so make sure to wave as he passes by during the parade's finale!

If you’d like to take photos with Santa in downtown Bentonville, you can catch the big guy on these days:

We want to offer as much guidance as possible regarding parking downtown because we know it can get…tricky.

Here’s a map of available free downtown parking courtesy of our friends at Visit Bentonville.  Screenshot or download the map for future use!

@DowntownBentonville is the official social media account for Downtown Bentonville Inc.  We’ll post all event updates on our accounts first, so follow us for the latest news.